I am lucky enough to have found a plasterer who is absolutely excellent. He doesn't do lime, but he is expert at solid plastering which seems to be a dying art these days. Further to that he is a stand up guy and I believe he is trustworthy, and i think he is the only tradesperson I would be happy to have work on my house without someone being there. He recently replastered my small vestible hall. It is a small but awkward space and the brickwork was very wonky, but as always he made everything plumb and flat and there is no evidence at all of the poor brickwork underneath. I recently got the bill which was £190 which must include at least £20 of materials. Some might find this a silly question, but it seems too little. I've had terrible tradespeople do jobs in my house who have charged more, and have had people round to quote that left me with no confidence who have quoted much higher rates than that. I am very tempted to pay him more as it doesn't seem fair that such a skillfull and experienced guy can't charge £200/day + materials. Am I just being soft, what rates have other people experienced for plastering?
Top

I have paid just under £200 excluding coving which pushed the bill up to about £310----- that was for my narrow hall way and downstairs loo, chip back the asbestos lumps, smooth, seal, plaster, and then cove. approx 12 hours work over two days.

The living room which is around 16ft long by 12 ft will take 2 and a half days to strip back, seal and plaster quoted at £500 then coving on top at about another £300 depending on whether I decide to go for something a bit more fancy
Top

plasticpigeon wrote:I recently got the bill which was £190 which must include at least £20 of materials. Some might find this a silly question, but it seems too little.

Day rate for plasterers here in Norfolk is around £150 to £175 per day plus materials. Your bill sounds quite reasonable, and certainly not at the cheap end of the scale.
Top

I just paid £230 to get my small porch skimmed (I had previously plasterboarded and taped it) including the ceiling - I was expecting it to take 1/2 a day but he spent the whole day here. Guess there is normally a bit of a premium to pay in Bath. At least it was cheaper than the other quote of £380 I was given for the same job!

This is how small the porch is... 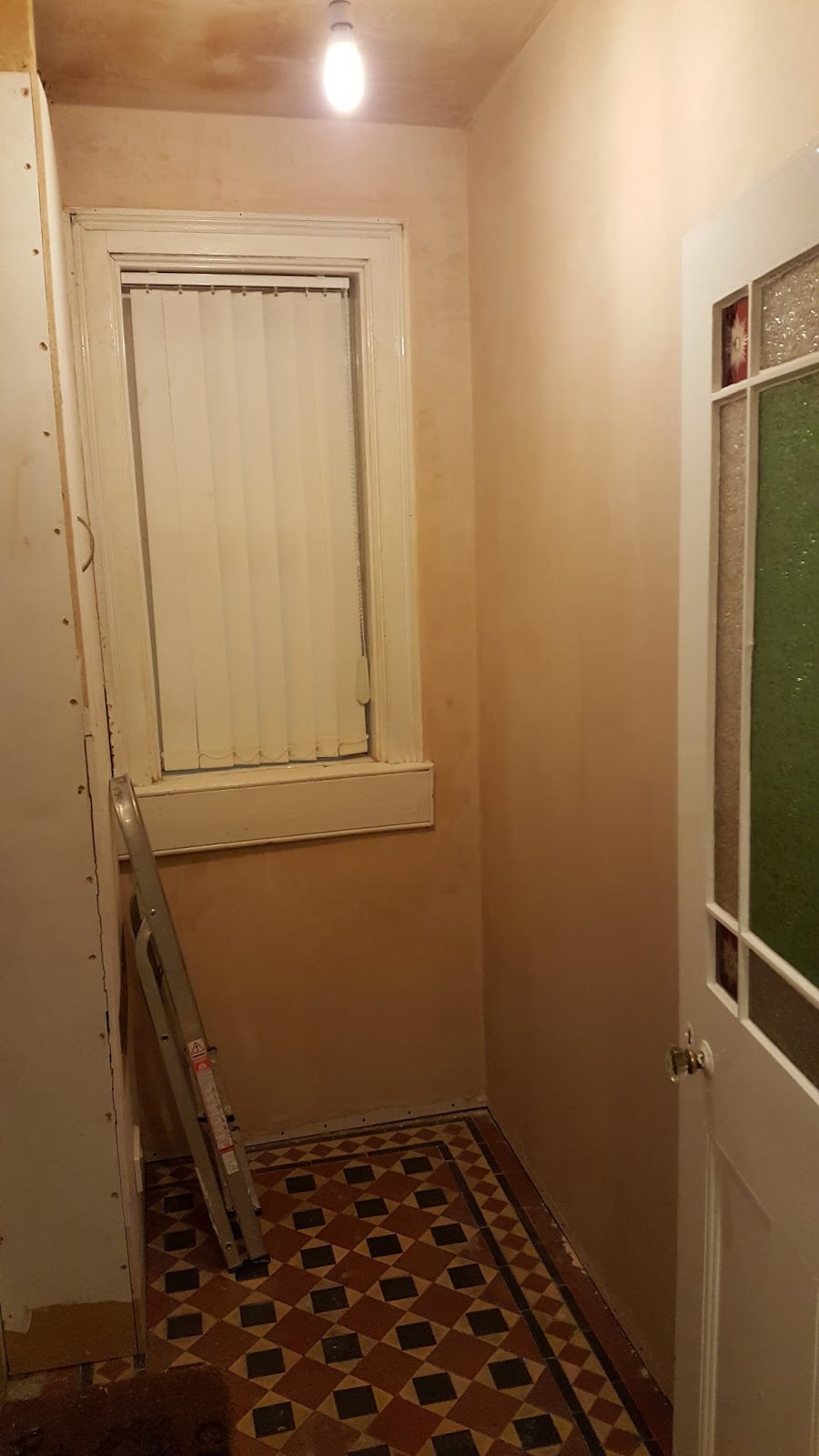 Plasterers generally charge day rates. I would expect to pay £90-150 for 'unskilled' labour, and as much as £250-300 for 'skilled' labour. It does vary hugely by region.
It sounds like he is charging unskilled rates.

Funny that, some of the most honest and trustworthy people tend to undercharge....
Top

Six years ago (is it really that long?) I was paying £240/day total for my plasterer and his mate (excluding the materials as I supplied them). At the time I reckon unskilled labour was typically £85/day, so the plasterer was getting £155. Other skilled people such as the roofer and chippy were on about £135/day.
Top

I pay more if I think they're too cheap. It's only happened once!
We got a ridiculously low quote to cut our hedge, and as I've been basically unable to do anything on the house this year, I took them up on it. It took two guys with petrol trimmers working a whole day, with only a couple of tea breaks, and they wanted £160 all up. They did a great job,took all the clippings with them too. I think we still got a good deal after paying them extra.
Top

A blacksmith I know did a fabrication job for me a little while ago - I was with him whilst he did the work, he did a fantastic job as ever - it took nearly 3 hours and he initially wanted to charge me, including the cost of the metal (which he provided), £30!

Needless to say I beat him down a bit

He looked shocked when I told him £30 won't do - I think he thought I was being serious at first! - and that I'd have to pay him more.
Top

The man refitting our bathroom charges £10 an hour plus materials. I think that is very good. He charges same rate whatever he does.
Top

Interestng revisiting this thread and wonder are day rates the thing of the past?

Been trrying to find a lime plasterer willing to work on a day rate in Bristol area and it is proving impossible!
Top

Just had our kitchen done, here in Norfolk, plasterer finished thursday. Boarded out ceiling then rendered some large patches where brickwork had gone, and then skimmed ceiling and walls . Both ceiling and wall area around 15m2 each. He skimmed both ceiling and walls twice, is not a put it on in one coat guy. Charged £450 which I think is worth every penny. Jobs looks great as smooth as the proverbial babies ..... He was here for for about 3 days took his time no rushing. Day1 board up render applied. day 2 skimmed ceiling and day3 skimmed walls. And suprisingly for a plasterer made little mess. He has been doing it years I reckon he could do it blindfold. Think I found a gem in him so his name is in my little black book.
Top

No, day rates are very much still part and parcel of a tradesman's activities!

As above it is very regional though. Round here generally £150 per day for a plasterer or bricklayer, plus materials. Other areas can easily be £200 per day. That's for your bog standard gypsum plaster though.

Most trades are happy with day rates as there's no risk to them - if the job takes longer than expected for whatever reason.
Top

I never have work done on day rates as leaves it to open to misuse. I always get a job price and pay by brown envelope.

Users browsing this forum: No registered users and 12 guests